Finally back in civilization again! Of course there is a lot of traveling working for the Duke of Ardborg, but it's always nice to come home. And also a very good place to start looking for orcs, or rather the ones buying the orcs for raids.

-Good thing I know just where to start looking, he thought, and went outside the city's walls..

It would have been a rather straight forward meeting if it had not been for his company, the asiatsu warrior. Them soldiers always seem to find a way to stir up action when you least suspect it. Too bad she killed them all, interrogation could have brought something useful out of them..

Daniel was feeling confident later that night. A good days work with several leads, one of them being that lost tracker in the nearby forest.

Too bad he had to go there himself, but he could not trust this mission to anyone else... 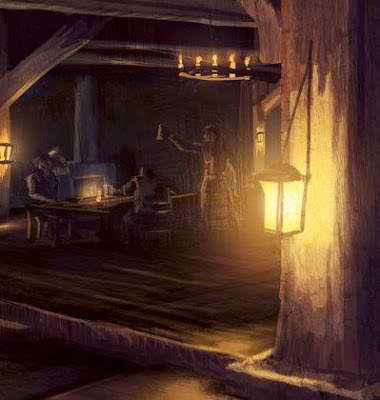