After two days of research the mages are no closer to discerning the secrets of the Storm Eye, but a mysterious black stone has been produced by a wraith with Charon summoned and sent into the storm. They decide to continue researching this stone when they make it back to the capital, so break camp and continue south.

The group crossed the valley late in the day to avoid the worst of the sun, but with the night approaching they found themselves searching for shelter. The Southern Mountains proved to be rather barren and inhospitable and rather than a camping site the group stumbled across three monstrious trolls. These did not appear to be hostile, and rather than fighting them the group was convinced to follow them back to their home, not far away.

In a giant cave the three mages and the two trackers met a small tribe of trolls and was taken before the King of the Mountain. 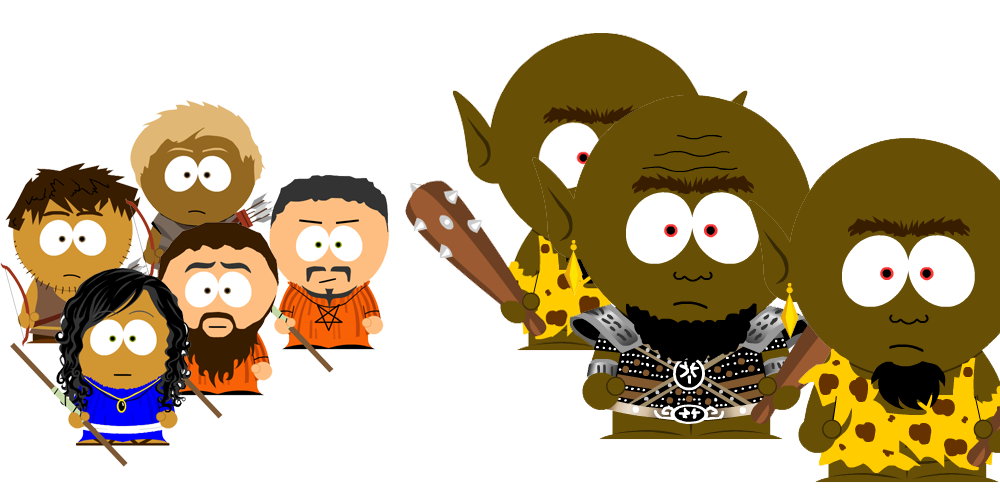 Speaking hara with a thick accent, the King of the Mountain bid them welcome to his home and offered them his hospitality, asking only a small token in return - the wrapped artifact which Thriatos had brought from the north. Rather than subtly weighing the request among themselves, the humans started a loud argument to the suprise and slight amusement of the trolls. Eventually they decided to refuse the Kings proposal but to offer another artifact they carried instead. The King did not find this item of equal value, so required a service as well to accept their proposal. A mighty cave troll had taken up residence less than a days travel to the west and the King wanted him slayed to protect his tribe. The King described a necklace which the troll would be wearing, which he would require as proof of the deed. Reluctantly the group agreed to the dangerous task but could at least enjoy a safe night in the cave.

The following morning they left on foot as the King of the Mountain was clever enough to keep their camels until their promise had been fulfilled. While they eventually found the cave they where looking for the seneschals had acquired a bad mood and required a rest before they would agree to do anything. A boulder was partially blocking the entrance, likely placed by the inhabitant trolls as a rudimentary door, so the party did not fear being attacked unprepared. Not wanting to waste any time, Nohen and Jannis decided to start scouting the cave while the mages recuperated. As trolls usually slept during the day the two dared use some hastily built torches to grant some amount of light in the pitch-black tunnels. Two trolls where soon discovered, sleeping in different halls within the cave. One of them having a necklace like the once the King had described and Jannis made an attempt at removing it. But as the troll moved in its sleep Nohen decided not to risk it wakening and thrust his spear against the troll's head. Mad with pain the creature launched itself against the two men and they barely managed to escape past the blocking stone out into the open air. In a blind rage the injured troll ignored the sunlight and after pushing the stone aside engage the group in combat.

Soon joined by the second troll, which no doubt had awoken due to the commotion, both where eventually defeated after a bloody struggle. Exhausted and slighly injured the party returned to the King in the Mountain to announce their completion of his task. Satisfied with this the king gave them back their camels so they could leave in the morning, but also made them the offer to join them in the ritual they where about to perform during the night. Here the day's ordeals stood little chance against the seneschals' curiosity and the party had a short sleep before being woken in the middle of the night, joining the trolls as they marched North - towards the Storm Eye.

Against the dark sky even more clouds seemed to have assembled over the Storm Eye, now covering much of the valley. Lightning broke out as the trolls completed some simple runes and watching from a nearby height the group suddenly spotted a shape emerging from the storm. With wings large as sails a red dragon emerged and settled on the ground in front of the bowing trolls. 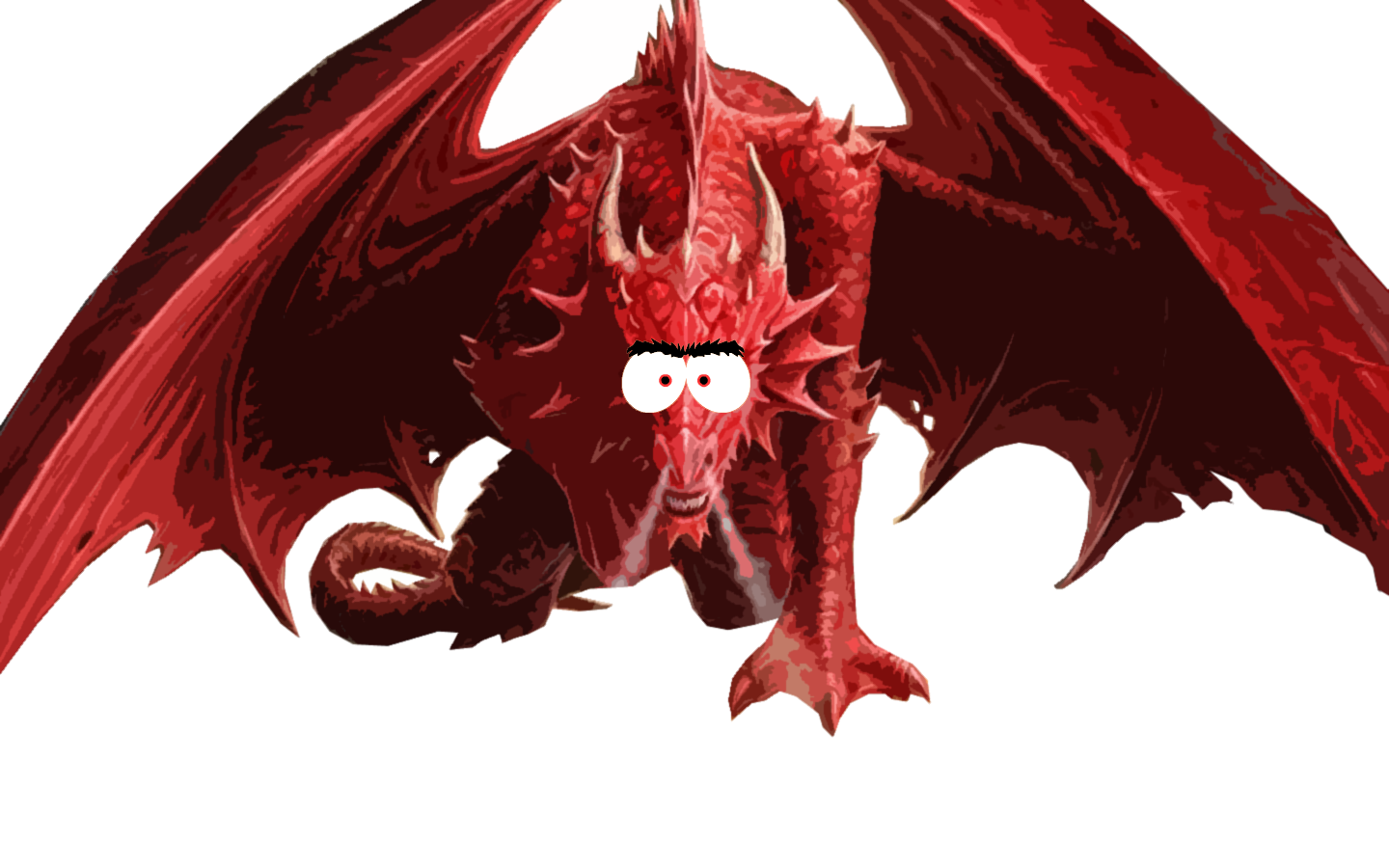 Posted by Niclas Ohlsson at 7:44 PM