For a long period of time the sky was believed to be another realm, similar to the demonic Abyss, referred to as the Astral Plane. It wasn’t until well into the Age of Knowledge that it was proven that the boundaries of the Mortal Realm was far greater than could ever have been imagined. The most prominent travelers of the Astral Plane; Ebna, Pavaria, Narkos, Omiron, Bessad, Valogord and Chronos where all determined to be planets of their own, orbiting the Sun just as Aladron did. The distant stars where soon discovered to be distant suns, but with all the discoveries the most disturbing was the vastness of space found in-between. It became known as the Void. 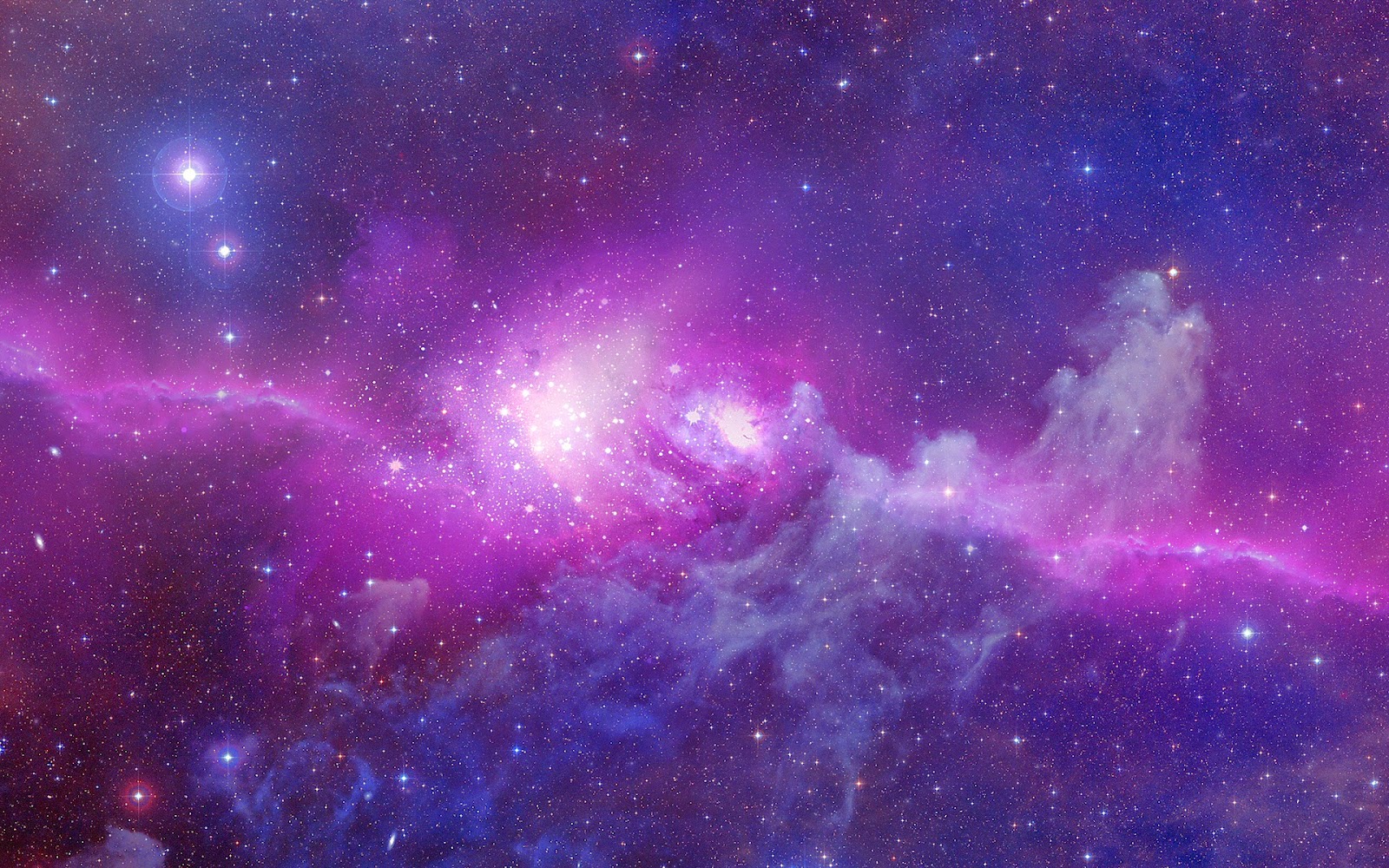 There are eight recognized planets within the solar system of which Aladron is a part.


The closest to the sun, and also the smallest, is Ebna – a barren rocky world, eternally scorched on one side and with everlasting night on the other. Omniavars occasionally visit the planet to look for valuable resources but so far nothing has been found to warrant a large scale expedition. Ebna is only marginally larger than the Moon with its 2 800 km radius.


Aladron, as the second planet, is the fourth smallest with a radius of 10 000 km. It is covered in deep oceans and has a dense atmosphere which keeps temperatures stable. It is the home of the Mortal Races and is orbited by the Moon.


The Moon is the only inhabited astral body apart from Aladron, but does not count as a planet. Its barren surface is not suitable for life, yet the mineral wealth has caused the large corporations to put a lot of credits into making it so. The Moon is 2 500 km in radius.


Pavaria is the third planet and slightly smaller than Aladron at a radius of 6 000 km. It too has a dense atmosphere, but with a much higher concentration of carbondioxid, creating a much higher temperature. Pavaria is known to be rich in minerals and metals, which is the reason Sky City was constructed as an orbital space station. The planet now houses several robotic mines which ship materials to Sky City and then to Aladron.


Narkos is the fourth planet and consists largely of ice and rock. Scientists have proven that beneath its icy crust a vast ocean – even greater than the Great Southern Sea – spans the width of the planet. Though only a handful of probes have actually visited the planet it is believed that Narkos’ seas may harbor some kind of life form. Narkos has a radius of 8 000 km.


Beyond Narkos lays Axala’s Belt, compromised of thousands of asteroids in various sizes. It separates what is known as the Inner Astrals from the Outer Astrals. Only scientific expeditions have ever passed beyond this region and not all those who did have returned.


Omiron is the first of the Outer Astrals. It is a gas giant and the second largest planet in the system after Bessad with its 65 000 km radius. The planet has a bluish coloration, varying from almost purpose to green and is often referred to as the Sapphire planet. It has six known moons; Terana, Halysses, Veneron, Lumiar, Gordrion and Isuvar. From a habitation perspective Terana and Gordrion are the best candidates for a permanent or semi-permanent habitat beyond Axala’s Belt.


The seventh planet is known as Valogord and has a solid rock surface covered by a dense atmosphere. Volcanic activity has been noted in some regions but most of the planet appears dead and lifeless. It has a radius of 22 000 km, making it the third largest in the solar system. Valogord has two moons known as Alcar and Odir.


Chronos is the outermost planet and is a gas giant with a deep emerald coloration. It has a radius of 16 000 km and is noted for its icy tail which can sometimes be seen on Aladron in the right conditions. Chronos has a single moon by the name of Morpheus. 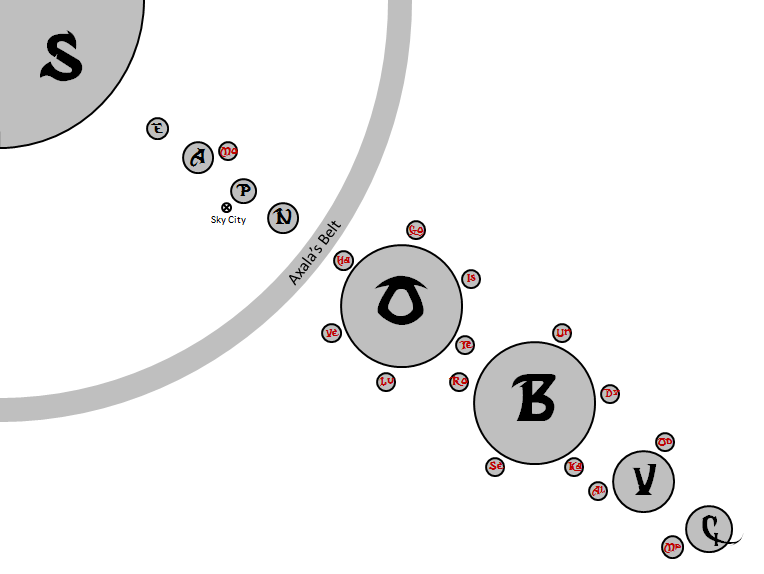 Posted by Niclas Ohlsson at 8:04 AM