The ascension through the cave had been quick and unnerving. The corridors had been littered by the corpses of the seventeen orcs that had reached the cave before them. Kuma and Sir Richards went first. Behind them walked sir Michel and Davina, holding up the rear was Lucille and Daniel. The cave walls were wet from the water that rippled quickly on each side of them. The floor was smooth, and the air was damp. The corpses from their predecessors gave obvious testament to the fighting force that must lay before them. An orc raiding party in full retreat, that was something new. Judging from the cuts the wildlife from last night was ruled out. No this foe wielded a sharp weapon and must be quite the force to reckon with. It was then, when they started to se an opening in the corridor leading upwards that they could all hear it, a heavy and slow breathing.

The cave opened up from a two-person breath to a big room. In the middle stood the beast that had singlehandedly taken on a pack of orc warriors and stood victorious. Kuma hade no time to react before it turned towards the new intruders. The three-meter-tall half bull, half human charged them with a huge twohanded axe thrusting forward. In a matter of seconds the first sweep came down on Sir Richard and Kuma. With a loud thump the axe seemed to bounce of some barrier that enveloped Sir Richard who hadn’t manage to get out of the way. The axe continued it’s path towards Kuma who threw herself backwards, avoiding the weapon by an inch. The adrenaline kicked in and Kuma realized she couldn’t block the entrance to the fight, not if they hoped to take the minotaur down. How many more hits would the shield Lucille had placed on herself and sir Richard take? She quickly moved sideways, following the wall to the right in order to make room for Sir Michel. As she positioned herself to surround the beast she caught a glance of Sir Richard doing the same on his front. This gave Davina the possibility to engage and engage she would. Kuma realized by that two-hand-grip and the narrowing of they eyes that Davina wasn't going to back away, she was reading herself to go all-out. That’s when the second strike from the bull came. The giant axe came down in a great sweeping motion. In it’s way stood Davina and Sir Michel. The later took a carefully measured step backwards but Davina was already on the attack. As the axe moved in on her flank she gave up the war cry of the order and flew herself against the monster. With two quick strikes she cut across the bulls chest with sounded like deep and forceful cuts. But before her series of attacks could finish the enemies axe had tasted her flesh. With an awesome force it cut through her chest plate and blood gushed out from Davina’s torso.

Kuma focused her stance and readied herself to counterattack. The monster was to big, she would have to go for the leg. It’s left leg was closest and so Kuma made two quick cuts. With the first she aimed for the bulls hollow of the knee. She swept down and low with the falx but misjudged the distance and was nearly caught by the backswing of the axe as she spun closer to the backside of the enemy. However the attack was already in motion and without knowing whether or not she had hit with the first she pressed on and finished the spin with another slice from the falx. Her blade made a grand arc as it followed her pirouette and could finally cut up the backside of the monsters left thigh. As Kuma ended the move she saw how Sir Richard had used the moment in the fight in an equal opportunistic manner and battered the beasts right flank with his now blood dripping axe. As they all once again readied to assessed the adversary’s next move they could all in relief se how it knelt down and fell over with a loud thud. The beast was down. 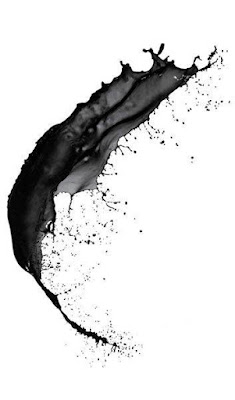 Posted by Niclas Ohlsson at 7:22 AM