After the meeting and report they had some items to sort through and some things to get straight. Lily raised the question about the dead.
"One of them seemed to have hurt himself and bleed out abit in the cave, the other obelisk seemed to glow red when there was blood close by..."
"Could some magic been activated and killed the three?"
Max looked horrified and said "If that is correct Lily, I'm not going to be cloose by to test it."
Adelia looked some what sceptical and stated "I would rather guess that they have been lured down as a trap, for the poison to take effect, and they will be away so they couldn't get help..."
At the same time Edward mumbled back "I don't care about the dead bodies, but that medallion should be mine!"
That peeked Arthurs reaction and he exclaimed "And why would you need a medallion of courage?, Courage? Would i be better Use for me so next time we face a demon i don't have to be afraid and cover behind a bar, yes yes, not one of my proudest moments..."
Edward simple answered "But you see Mr Schwarz the medallion should belong to me, it would be best for all of us. I can trade it for a potion of courage instead. You know courage is to overcome fear, not to be without it."
Arthur looked rather sceptical at Edward: "Are you serious, trade a single use potion of courage for a medallion? Why do you even need it?"
Bosco, clearly tired of the discussion, mumbled "If it's that important we can sell the other stuff and buy another one..."
In the middle of the rising argument Adelia chipped in: "Well if you're willpower and courage fail while casting magic a demon can tear out of your chest, like the one you mentioned at the bar Mr Schwarz, or something like that i think i read some where in a book..."
Arthur looked a bit sceptical but at the same time shocked: "Is it true Edward, that better courage and will make you better to deal with this magic stuff?"
Edward, a bit annoyed, answered "Yes! Or well better..."
Arthur sceptical frown turned into a smile while he interrupted Edward "Well great! Settled then, then you actually have a need for it and don't just WANT it. Damn man why didn't you just say so! Sometimes it seem that Miss Adelia here knows more about magic than you but you are the one casting the spells... Are you reading the right books?" 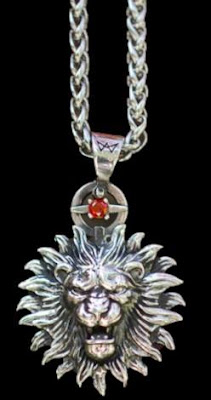 Posted by Niclas Ohlsson at 8:05 AM