Searching the wilderness for the missing key stone does not appeal to Charon, Horacio or Thriatos - so they send Mergus instead and go to sleep. The night is cut short as their servant returns after a few hours, informing them he has found the camp they are looking for. As it is located on high ground with good view of the surrounding lands they decide to go there immediately to use the cover of darkness to their advantage.

While experts in the fields of raising the dead and inflicting pain and injury on their enemies, moving silently - especially when they cannot see where they put their feet - is not the forte of the three mages. Still, it is night and hopefully a few small stones sent down a slope will not attract much attention as long as they keep swearing and cursing to a minimum. They all follow the road for the first path, but then they reach a steep slope filled with lose rocks and stones which they must climb. Finding this a bit too challenging they send Mergus back to camp to get some rope. He return after half an hour and they all manage to reach the top of the slope with no incidents. A small path winds itself along the narrow space between a cliff wall and the steep drop to the road below them. They start to follow it.

Mergus manages to find a tripwire and disarm it before it can cause any harm - but without warning harm is upon them as arrows starts to fly, fortunately deflected by their magical defenses. As the attackers are positioned above the path, Mergus climbs it to engage them. This places Charon in front when a steel-clad warrior appears and charges him with a two-handed sword. Luckily, Jamal is there to interfere and Charon can focus on his spellcasting without having to fear a sword blow to the head. A magical flame erupts from the top of the cliff and Charon, Horacio and Thriatos throw themselves against the ground and manage to evade it. Victor and Jamal are however set on fire by the flames - but this is more an inconvenience than a lethal threat for the time being. Thriatos responds with a fire spell of his own but are then attacked from behind and injured by a stealthy assassin with a dagger. Horacio comes to his aid with a wind spell which sends the assailant screaming of the cliff. The process is repeated against the attackers above and soon only the armored warrior remains as his only fighting companion is incapacitated by Horacio using a holding spell.

The warrior surrender so determining they only need one prisoner the mages execute the man held by Horacio's spell. Apparently not intimidated by this, the large man introduces himself as Goran and, as his employer died during the fight, see no reason to obstruct them further. He instead leads them back to the camp belonging to him and his former companions. There he produces the key stone they had stolen from Thriatos and returns it. Unfortunately, he does not know much about mission for which he was previously hired but offer to serve the mages instead as his contract is now void. They agree to this after a short debate - but seing Goran is in no good position to haggle they cut the price rather drastically. They then loot the camp for any valuables before returning back to their own beds. Goran sleeps outside with the three undead guarding the mages and keeping an eye on the new recruit. 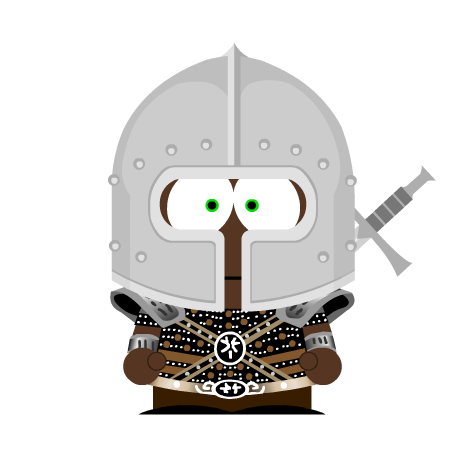 The following day starts a bit later than usual, but with the clear goal of finding the third key stone. They leave Victor to guard the camp and go seeking the aid of the goblins who tell them of a cave which might have what they seek. They are proven right as the key stone is found on a pedestal within the cave. Expecting nothing to be easy they start searching the room for traps and Charon finds a hidden trapdoor in the roof. As it appears harmless and no other traps have been found they take the key stone and are relieved when this has no apparent effect. They cannot however leave the trapdoor alone so decide to investigate it by sending forth Jamal. The room above is filled with mummies, but Thriatos and Horacio employs their pyromancy skill to return them to ash. Unfortunately, most other things in the room are set ablaze as well so not much remains for them to loot. But they do find a door and decide to see where it goes.

Following a path from the door they discover a new tomb. The sarcophagus housed within is surrounded by large stone statues which they all find suspiscious. Their caution is wise as the statues comes alive as they enter the room. They retreat rather than face battle and are eventually forced to abandon the idea of exploring the path as the disgruntled guardians pound at the walls and thus cause the roof to start collapsing.

Back in the cave where they found the third key stone the mages ask themselves what the stones are actually for. They realize they probably open a seal of some sort, but they know of no place where such a seal could exist. Thriatos summons his imp to speak with the goblins again and they learn that the goblins keep a temple in their underground complex where they worship some kind of creature with sacrifices and prayers. They are given permission to enter the temple, but appart from wall decorations suggesting it is some kind of large lizard creature they find no further clues. However, exploring a nearby cave they stumble upon an old carved staircase leading downwards. As they reach the base they find themselves in a very large cave - the ground covered with clawed tracks and the marks of a massive body dragged along the ground...
Posted by Niclas Ohlsson at 8:37 AM