In Meglorosa, Charon and Thriatos are invited to dine with the governor after their successful expedition. The governor tells them that the documents required have been produced and also a young mage has made some interesting discoveries in the palace cellars. They are introduced to Sarissa who will show them what they have found the following morning. 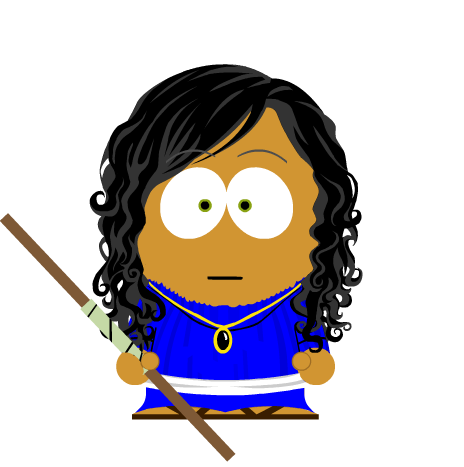 The seneschals can't really believe what is said and find it likely that they have been used for some unknown purpose. However, there is little to do about this and they therefore await the following day.

Meanwhile Nohen returns to the palace after his poor profit at the market and notices that Jannis is nowhere to be found.

As the mages prepare on the following day they bring along Nohen as neither Jannis or Miladir can be found anywhere. But as worrying is not part of the daily schedule the mages have Sarissa lead them to the palace cellar without further ado. They quickly encounter a magical lock, not unlike the one found in Nemorana several weeks earlier, and Thriatos and Sarissa start to unlock it as Nohen and Charon explore the surrounding area. Before all required spells have been cast the two have discovered an old armory, a few elixirs with unknown properties, a treasury filled with copper coins and an ancient wine cellar apparently still in use. They leave this behind as they continue past the magical lock - only to find one with more mundane properties. They discover that magic is still involved and that a code word or phrase is likely needed to open the lock. Riddles not being the forté of anyone present they decide to attempt removing all magic followed by forcing the door open by employing an ice spell and Nohen's strength. Their efforts prove successful but the room inside is filled with poisonous gas and they retreat to avoid it's effects. They take a break to wait for the gas to scatter.

Nohen is sent to retrieve some food and while doing so he learns that there's been a riot in the city after an imperial tried to sell griffon eggs at the market. The people believe the imperials to be guests at the palace and have surrounded it, so the group must find an alternate rout in order to leave once their mission is completed.

The mages react to the news with ill-concealed irritation, putting such troubles aside to focus on the task as the gas has vanished. Beyond the second room a new door is discovered. This one is also locked but Sarissa produces a key she has found in her studies. They open the door but Thriatos detects magic of a nasty kind and it is with great caution they enter the next room. Different from the other rooms, which have been carved in stone, this is clad in flawless marble and surrounded by a shallow pool is a podium which displays a glaive. The weapon apear to be in very good condition given its supposedly spent centuries down in this damp cellar. Thriatos goes to retrieve the weapon and manage to do so without any incidents.

With the weapon in hand they are left with the problem of making it back to the imperial province. Sarissa claims to know a secret way through the city sewers and after some persuasion the mages agree that the smell can be tolerated in order to avoid the street mob. Nohen is however sent back to retrieve their Camels as he does not look imperial and is more likely to pass the crowd unnoticed. Charon "recruits" a number of palace servants to carry the mages' affects the long way through the sewers.

They successfully meet at the harbor an hour or so later, but a new problem has surfaced as the ships are all staying put due to the fighting which has erupted in Ossaria. The prices required to risk the journey are expensive to say the least and after haggling with several captains they realize they need more money. By this time part of the crowd besieging the palace have discovered the group and despite Thriatos best efforts to talk them away from the path of voilence he takes a blow from a man who he then accidentaly kills with the glaive. While the crowd flee the mages decide to hide in the sewers to avoid further confrontations.

Meanwhile Nohen explores the old treasury found earlier during the day. It contains money enough to cover their expenses, but as it is mostly in copper the palace servants are used to fetch them. Much later after several runs back and forth enough money have been collected and to avoid the servants from rattling them out the mages lock them inside a small side-room in the sewers to wait for the following day.

While the money still cannot take them to the imperial province it at least gets them to Kemdun - the most western of Khamlira's cities. The plan is to attempt finding a ship there or travelling south across the mountains and into the province of Menokh. They send a magical message to Jannis, explaining the rout they've taken and then then board the ship and leave.
Posted by Niclas Ohlsson at 9:23 AM