Kragor the Merc: Fruits of war 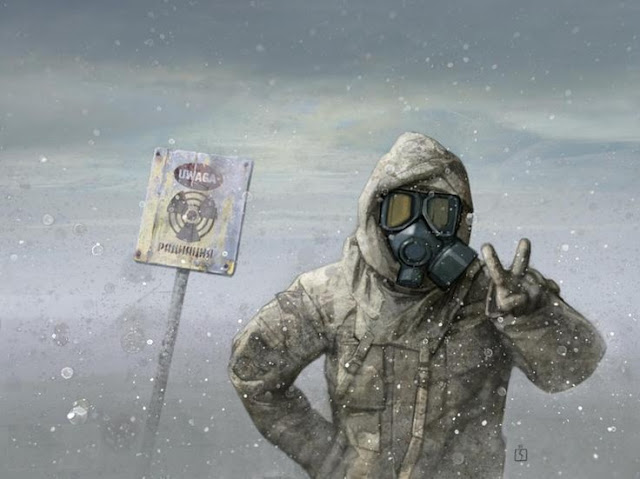 I hadn't planned on ever going back there, especially not after 36h with little to no sleep. But that's life: you want to be a part of it you have to stick to it.

Dukkha they called the island, though that was just a name. To the combators it was something with a lot of characters and numbers. What everyone agreed on was that it was a hellhole. I don't know how many corps wanted to control the place but regardless it was all-out war by now. Playground for the arms manufacturers you could say. But you did earn a decent pay if you got out of there alive.

Last time I was there I flew in with five people and went home alone. People make up stories about that, but I don't give a fuck. It would be a good test for all the rookies: if they survive maybe they have what it takes to make it in the Fringe.

I was surprised when I realized we'd be teaming up with Erza. Big orc girl, made a good impression last time I was there. And she had the brains to time limit her contract which is more you could say about most. Though I had a funny feeling about it I still felt like it would be alright with her with us. It would also solve all problems with leadership as she's the type of merc who likes to have control. Ed tried to explain something about that it was the biomod we took about a week ago that was behind the funny feeling somehow. Didn't get that part, but it seems Erza is going to start working for Freelance now, so she got the mod too and so it was all ok or something.

The mission was easy enough: find a missing team and put them back on track, get them home or at least salvage the equipment. We had four days in the poisoned wilderness to deliver and more than two point eight thousand creds waiting on the return. Sounded like fun - that is until I realized how long it's been since I pulled a pack across rough terrain. Had to dose up on vitagel to keep standing for fuck's sake. For two bloody days we pushed across the blasted mountains covering the inner part of the island. My trigger finger would have been itching had I not been so damn tired. But I was not the only one to get pushed, that's for sure, but everyone did alright. Juron had an incident where he nearly fell over a cliff, but given that he'd been carrying a termal hab and twice the water ransons I wouldn't hold that against him. Sure, he lost the water but I was surprised he was still standing at all to begin with. I figured we had enough rations to survive anyway.

Part from the damn trekking we had two points of interests. A chance encounter with two mercs, one of them with a leg injured, gave us information about an ambush up a head. Ed "I'm a medic" Butcher continued to surprise me. I don't pretend to understand exactly what happened but regardless he ended up telling the injured guy everything was fine and sent him walking down the mountain. And he had the gall to call me a cynical bastard? Sure I am, but I don't tell people everything's going to be fine and then send them with an open leg wound to walk for two days in valleys covered in poison. I tell them the truth and, if they prefer it that way, give them a pain killer in the form of a bullet through the brain. Different kinds of mercy I guess.
The second encounter was with the team we were sent to find who had been pinned down by enemies entrenched high up the mountain sides - the ambushers we'd been told about. Seemed there were few options but to try a covered approach, put down some covering fire and make a run for it. This time Juron proved me wrong. Never seen a grenade launcher fired so accurately. It was like myself back in the Fringe forest with a fire grenade and the crooked fixer all those years ago - just a grander scale to it. Those bastards in the trenches didn't stand a chance. From there on it was all down hill - quite literary.

We made it back to camp, cashed in and prepared to get shipped out again. Oh, and I checked if those two soldiers we met had returned. Seemed they had but one of them died a few hours later.