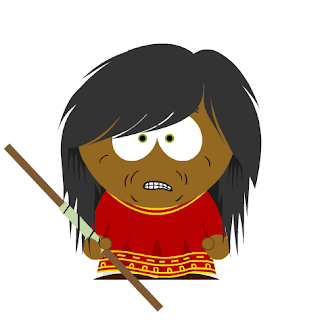 Posted by Niclas Ohlsson at 2:05 PM No comments:

In the city of Lao-Din the remains of the undead horde is already falling appart without their leader and Gamaral ensures those who are still standing return to Zhengdi, ending the invasion. Returning to the city the undead and the seneschals meet with grandmaster Kanadir who is very distraught by the number of mages killed in the fighting but grateful that the castle wasn't taken by the undead. No one thinks this to be a good time to tell him of Karachen's return so they simply say their good byes and head back towards Sunn.

A marginally more friendly reception greets them there: the general concensus is they all did what was expected of them - no more, no less. Thus everything returns to business as usuall, although with a slightly uneasy feeling in the air.

The following weeks are less dramatic but not without adventure. The expedition sent to Sarinia returns with good news, sparking an expansion of their business. Geb travels to Lao-Din to attempt to expand their network there while the others set about recruiting lots of people to exploit this possibility. Less good news comes from Rutgar who lets them know that crimelord Dardalion seems to have both survived and returned to claim his part of the city. While Rutgar wants to muscle him out Azela offer to solve the problem if the dwarf can only supply her with the location of Dardalion.

While the criminals get to work other news arrive: due to unrest in the province of Leupthia to the south (wonder what might be happening there?) smugglers have arrived in Godara selling imperial weapons and armor. There's real profit to be made and Zantana decides to jump to it - the fact that the imperials won't be very pleased doesn't bother her at all. Amoros is, after all, quite a long way off.

Its a lucky streak when Rutgar's men finally can deliver some information on Dardalion. The name is a front used by a local nobleman whose sister has great influence in the city, so Azela prepares a stealthy approach. The following morning the man is found dead - an arrow to his head - and neither city guard nor Dardalion's thugs are any wiser as to who committed the deed. The confusion is enough for Rutgar to again secure his grip over the city's underworld.

Posted by Niclas Ohlsson at 1:42 PM No comments:

The Necromancer's Legacy - part 62: The Siege of Neddam, episode 3

With two giant towers reaching the city fighting erupts on the wall. Archers, mages and a summoned demon prevents them from advancing but meanwhile the enemy have sent their giant elementals to pound at the city gates, which are close to breaking.

With a lucky hit Thriatos shatters one of the chains holding the drawbridge for one of the towers, sending many soldiers to their deaths and preventing more from reinforcing. However, Charon gets injured by an arrow and despite the best efforts of Horacio to prevent it the gates are smashed open and soldiers charge the waiting defenders. With the battle on the walls less critical, Thriatos hurry down to help.

While Charon commands Jamal to pull out the arrow (equally brave to any feat seen in the battle, to be sure) Horacio and the soldiers still on the wall manage to push back the supporting mages gathered outside the walls, improving the chances for the defenders down below. As Thriatos reaches the battleground at the gate he finds himself to close for comfort and after attempting pyromancy under pressure he is forced to withdraw to extinguish his smoldering clothes and heal some bad burns. The battle hangs in the balance when a distant war cry is suddently heard above the sounds of battle. Horacio quickly recognize the mao battle chant and the attack against the city quickly withdrawn to form a defensive line as an army of natives pour out on the grassland from the jungles.

Having suffered considerable losses the defenders hurriedly barricade the gate while Charon, Horacio and Thriatos hurry around the city to meet up with grandmaster Acidus, who accompanies the mao army. The grandmaster explains they had been watching the battle for some time, awaiting an appropriate time to join the battle. With the legionnaires tired from the fighting his troops now have orders to keep them busy until night time at which point they will attack. Still want to be part of the action, the three mages decides to gather a small force to sneak in to the enemy camp after the fighting has started for some pillage and plunder.

As darkness falls over the combatants the chanting of the day is replaced by the sounds of battle. With the mao charge the legionnaires have only a small detachment to watch the city and the mages and their small entourage of volontary fighters manage to sneak past and into the enemy camp. Facing a few soldiers these are quickly silenced and the raiding party grab what they can and head back into the city before any reinforcements arrive.

Before the night is over the word reaches them that the battle is won. Surrounded by the numerically superior natives and with their supplies cut off the legionnaires have agreed to surrender after having failed to break the opposing lines. While the city is relieved the situation is quite tense. Many have lost relatives on both sides in the battle and the victory will certainly see a power shift from the imperials to the native population in the time to come. This is not something that troubles Acidus, who seem confident the province will soon be in his hands and without much bloodshed as his opponent is closed off inland with no good route for supplies or reinforcements. Thanking them for their efforts in the siege he grants Charon, Horacio and Thriatos a palace within the city of Neddam and place the Resources of the wizard house to their disposal. While not officially in power yet he also grants them the title of councillors in his new government and promise to give Horacio the title of grandmaster of Lacerta once the city of Usdar is in his hands.
Posted by Niclas Ohlsson at 8:38 AM No comments: