With the possibilities for physical meetings being limited a little update to the Centuria generator seems in order. Introducing the Dice Session page where a GM can share a space with players where everyone can roll dice and see each others' results.

Its still very basic and require user interaction to pick up each others' rolls, but as the function is intended to use alongside some meeting software this hopefully won't be a problem. Suggestions for improvements are always welcome if presented in a nice way 😉 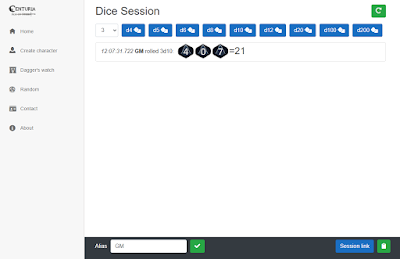 Posted by Niclas Ohlsson at 1:44 PM No comments:

Email ThisBlogThis!Share to TwitterShare to FacebookShare to Pinterest
Labels: Generator 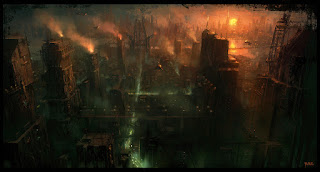 The characters started out in Merm City where they faced crowd control challenges and criminal gangs and where introduced to a very cynical frame of mind. It was a (fun) challenge for most to suddenly be the ones with the law on their side, but still having to wrestle with moral choices due to societal segmentation. This was then sharply contrasted as the characters were transferred to the city of Gothmor to investigate a series of murders with suspected links to Merm City. Very different from Merm City, Gothmor was a pristine place with no slums, little apparent poverty and a rooted respect for law enforcement among most citizens.
The players had to adapt both to the new perspective and the shifting setting and unfortunately I think I brought this on a bit too rapidly to give room for the roleplaying to catch on. But nevertheless the characters progressed in their investigation of the murders, but never really seemed comfortable enough to step outside of the established procedures.
In retrospect I have mixed feelings about this campaign. Mostly I think this is because how it all ended. I had prepared an ending scene in which the characters could choose to side with one of two arbitrator commanders, one bending the rules for good, the other (the villain behind the murders) for his own gain - though they couldn't know for sure this was the case. In the end the characters choose to walk a middle ground; refusing to bend the rules for unclear reasons and thus ended up without allies against an overwhelming foe. To their credit they survived, but for the players it was a big anti-climax to find themselves without much closure beyond my explanations off game.
On the plus side, I don't think I've played a single Age of Information campaign since when a reference to this campaign haven't been brought up. Having an understanding for the arbitrator perspective both for me as a GM and for the players have been very valuable for deepening our understanding of the world we're playing in. Thus Justice Wanted was a wonderful reference and I would love to return to the setting again with players now familiar to the challenges ahead.
Posted by Niclas Ohlsson at 9:06 AM No comments:

Going through the Age of Information rulebook I noticed some inconsistencies in the Commerce chapter (p 232) regarding commodity quantities, basically turning most production facilities into horrible investments due to much smaller production than maintenance costs. This has thus been rectified and an updated version is available on the download page.

Posted by Niclas Ohlsson at 2:25 PM No comments:

Its been a quiet year on this blog so far, so here's breaking the silence.
The CG3 character generator has been moved to MS Azure and is now available at cg3.centuria.se. The old address will probably work for a while longer though characters created there might not be migrated to the new site (current Dagger's Watch residents have already been migrated).
There's also some plotting for LinCon 2021 going on, but don't expect any updates on that for a while. 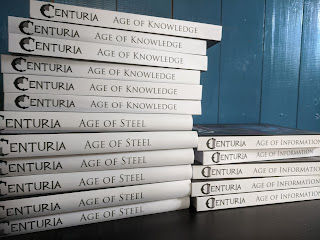 With all rule books now available in print that is certainly a milestone worth mentioning. While there are adventures and campaigns being written and played there currently aren't any plans for new text material - though I know for experience these things can shift fast when I get an idea into my head... 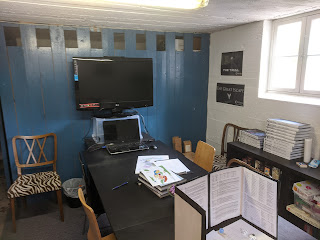 So for now Centuria lives on mostly in the way it was intended to be: played, with friends. Thanks to technology we can continue our journey - currently exploring the workings of the Gothic Inqusition from within.
So happy playing everyone and keep safe! Centuria will be back with at least a few campaign descriptions this year and then we'll just see what comes along.
Posted by Niclas Ohlsson at 4:32 PM No comments: