As the night approaches Azela leads the way to the Blooded Squire.She and Kael, dressed in simple clothes, enter the establishment together and start mingling with the crowd. Zantana watches the place from a distance.

Looking around from the bar, Azela notices a section with tables and hushed conversations while Kael discovers an alcove where someone or someones can keep out of sight from the rest of the clientele. Nearby, he spots a discrete guard discreetly carrying a short sword and keeping an eye on the alcove. Except for the serving girls a few people drop by but doesn't stay for long.

Having felt that enough time has passed Zantana too enters the tavern, but find herself surrounded by courting men. Having pushed her way past them she finds a corner from which she can observe the alcove. A stout, bearded and short man is seated within an she decides to make contact. A passing flirt with the hidden guard and she finds herself in the alcove before anyone has time to react. Apparently not wanting a scene the man questions her in a friendly manner until she comes around talking about her frivolous past and casual relationships in an attempt to charm him. This causes him to cut their conversation short, saying he has a meeting and telling her to leave. She does get his name however - which is Rutkar. 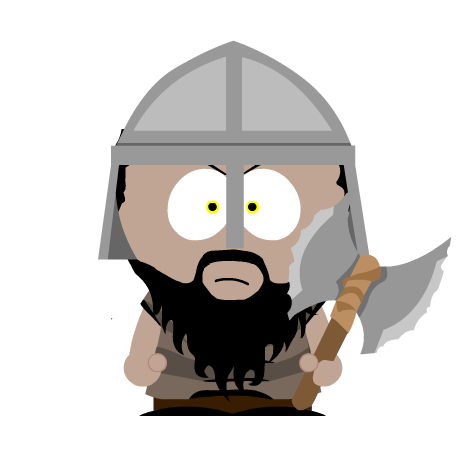 Meanwhile Azela has tried to overhear some of the conversations going on at the tables, but a large fellow appears and tells her to get lost. She return to the bar where Kael has been keeping an eye on Zantana, who also return to the bar. The three share their experiences after which Zantana leaves to look for a back entrance.

After Zantana has left Kael and Azela spot a man heading for the alcove and Kael decides to try to get closer. Pretending to be drunk he is stopped by the guard who isn't fooled by his "don't we know each other?" ruse. It is however enough for Kael to get a glimpse at Rutkar and his hidden contact who covers his identity by wearing a large hood. As he try to get past the guard two strong men grip his arms and while he struggles they start dragging him towards the door. Azela realizes she'd better interfere and makes a scene about her purse being stolen by some innocent bystander. The commotion gives Kael a chance to break free and he throws the men aside - one into the wall, the second into the crowd surrounding Azela. A fighting quickly ensues.


Zantana finds two doors at the back of the building and dismissing one of them as leading to the kitchen she manage to unlock the second. A staircase leads to an upper floor which appears to have rooms for guests but is empty for the time being. She finds a stair leading down back towards the tavern itself and as she peek inside she sees the brawl which is now covering the entire floor. She quickly close the door and retreat back and head towards the front of the building.

Kael uses drunkards as throwing weapons to keep the guards away and get a swing at Rutkar's visitor as he is trying to sneak out from the place. Knocking him down he notices it is the same man who previously lead him to the home of Babuca. He carries the unconscious man towards the exit. Azela is trying her best to stay out of the fight but as she notices Rutkar charging against Kael she throws a throwing star which hits his wrist and allows Kael to carry his prisoner out of the place. She then try to get out herself and eventually manages to do so after suffering several injuries on the way. The two meet up to Zantana and retreat to an alley and watch as some of the customers start running from the brawl and out into the streets.

As things calm down they quickly question the man Kael has captured, after which Zantana slit his throat in cold blood. Surprised by this, Azela is upset as she had more questions to be asked, but they realize that it is not a discussion to be had next to a corpse in the street. They split up and head back towards their place. Kael happens to run into a patrol of city guards, which chase him for nearly an hour before he manage to shake them. As this has taken him to the far side of the city he decides to spend the night there to avoid running into more trouble before morning.

As dawn breaks it is business as usual. Their trading business is progressing and Azela has set up a neat operation to get the dirt dug out by their undead servants out of the city. Everything seems to be going smoothly until they learn that Gamaral has killed what he suspected to be a burglar. As they question him about it he gets upset that they do not agree with his cause of action and instead demand that they make contact to a mage within the city as he needs some councel. Greatly frustrated by his behavior they agree simply to shut him up but in return ask for several magical letters which Zantana intends to use to contact Merga directly. Gamaral agrees to this request without questions.

As the days pass the undead continue to learn more about the city. Of most interest, Azela manage to learn about a man named Javaar who is one of the city's crime lords. Apparently Rutkar Bloodaxe's boss the rumor says he is not to happy with what happened on the Blooded Squire some nights before.