Charon, Horacio and Thriatos soon learn that the gremlin council has agreed to a trading agreement. But Gorn inform them that two of the council members want to speak to them in private, to which the mages agree.

Znoot first takes them through the winding corridors to see the master merchant Harishbal, who wishes to learn more about the people with whom he is to trade. Realizing there might be a thing or two they do not want to share about their past the mages set out to tell three quite different stories. Further, when asked about the wares and preparations already undertaken it becomes quite clear that this is parts of the plan which has not yet been addressed. Needless to say, Harishbal is not very impressed and Znoot hurriedly takes them to the second council member, lady Besbemati.

Lady Besbemati represents one of the churches housed within the city and she is more concerned about the mages' relationship with Gorn. She expresses a fear that their interference shall tip the balance of the city in particular and the world in general if their aim is to give more power to Gorn and his god. Again the three fail to present a united front as Charon and Thriatos promise their goal is trade and trade alone, while Horacio doesn't want to hide his religious convictions and that he hopes for a spread of his religion with the aid of the trade agreement. Besbemati's reaction is not clear and long discussions among the wizards ensure as they throw accusations and debate their future diplomatic position long into the night.

As a small notion is added to the trade agreement, forcing the mages to deliver 10 cartloads of goods within two months, they leave the city on the following day. A bad and sour mood keep them quiet for a few hours before they compulsively start to plan ahead. They decide that their best option is to journey north to the city of Kemdun to try and establish some trade partners there.

The climate and terrain makes the journey arduous yet uneventful and due to some odd chance they find themselves in the same native village which Charon and Thriatos passed through on their journey south several months earlier. While not hostile the natives treat the party with strong suspiciousness and while they are allowed to camp outside the village they discover the following morning that all the natives have gone into hiding. Confiscating a couple of canoes they continue their journey and thanks to some more friendly tribes further down the river they manage to reach Kemdun after a full day's travel. The beds of a decent inn seems like heaven on Earth.

The first morning in the city they head towards the merchant district to try to find a guild or merchant house with which to do business. At the White Barrel Goods & Trading they find mister Bocco. The mystery deal offered by the wizards seems strange but yet appealing to the merchant, who agrees to invest 1,500 gold of the mages do the same and that this would grant him 50% of the profits. As the main item for sale are the gremlin crossbows Bocco promises to set up a meeting with the city's most influential characters on the arms market. 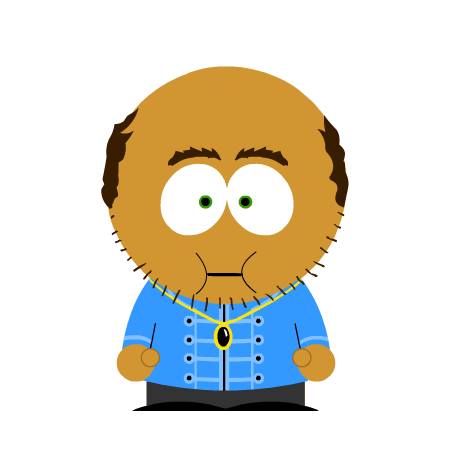