The mages are busy in the city of Kemdun as their newly found merchant ally Bocco informs them he as gathered the important people of the city's arms market for a meeting in two days time. As not to repeat their misstake of appearing somewhat unprepared, Horacio heads out into the jungle to speak to the natives about clearing a path towards the mountains for carts to pass through. He still hopes to be back for the meeting for which Thriatos and Charon prepare some details which they can all agree on.

For Horacio it becomes a very hectic day. He rents a boat to get him up river and starts to negotiate with the tribes he encounters on the way to see if they are interested to work with the clearing in return for gold. While quite successfull with the tribes living close to the civilized lands, to whom gold have a very real value, the location of the road do mean he has to succeed further upstreams as well. To further better his chances he pays one of the tribal elders he encounters to accompany him and aid him in the negotiations. The journey seems to be taking more time than anticipated and it is very unclear if he will get back in time for the meeting or not.

In Kemdun Charon has managed to investigate the local market to find a suitable price for the gremlin crossbows - a steep 200 gold each. Thriatos has less luck in his endeavors but at least manage to stay out of sight of the local mages, who they don't want to interfere. As the meeting draws near they meet up at Bocco near the headquarters of the City Guard as this is the place where the meeting will occur. Bocco, who is slightly nervous - no doubt for entrusting a large sum of money in the hands of the eccentric mages, describe the five delegates. Natala is the commander of the city guard, Samion is a representative of the city's mages (damn meddling mages!), Atilla is a representative from the dux and lords Jargalla and Harashman, both important land owners and political figures. The meeting starts with some casual conversation and after Learning Natala and lord Jargalla are those who appears to be most interested the mages put most of their effort towards them.

In the jungle further south Horacio has started his negotiations with the tribe claiming the land here they have planned to have their path and future road. The tribe offers to either sell the land or for them to earn a fee for every passing camel, ox and cart. They also want payment for a small docks to be constructed and they want their own men to be paid for much of the work and not contracted strangers. As all the required investments puts a Heavy toll on their budget Horacio decide to accept a fee for passing caravans rather than buy the land. As hiring the tribals as workers was his plan all along this pose no real hinderance, but with a 100 hired workers he cannot pay them for more than three days with his current funds. This is however enough for them to get started and Horacio begin hurry home to join with Thriatos and Charon.

At the business meeting the delegates have ventured out to the nearby archery range where Jamal, who did some practicing with the crossbows the night before, is proving to be a lousy demonstrator. Lord Harashman wants to try and is far more successful than the undead servant and Jargalla is quick to place an order followed by Natala. The mage Samion is mostly interested in acquiring the example used for the demonstration for which he pays full price and then leaves. What then follows is a somewhat lengthy discussion with Atilla, who isn't much interested as a buyer but very interested in defining some laws and tax regulations regarding this new commodity. They finally agree that those present are allowed to buy, but to further expand the market would require a explicit permission from the dux. After this is concluded Harashman makes a small order to further evaluate the weapon's performance.

The three mages join later in the evening and discuss their progress. Despite a few details they are very pleased with the outcome and they send a dinner invitation to Bocco to meet them the following day at the imperial embassy, which apparently has a fine cuisine.

Next day at the dinner they discuss business with Bocco who agrees that this have been going very well. He informs them he can have a caravan prepared in the following day which sounds excellent to the mages. After dinner they pay Bocco their share of the investment and await the following morning.

Before dawn Horacio awakes due to it being unusually hot. Opening a window he notices smoke coming up from the lower floor - the building is on fire! He immediately starts shouting and with everyone up they can only conclude that the stairs down are covered in flames. They wake up the other guests who are not already awake from Horacio's screaming and they proceed, along with Charon, Thriatos, Jamal and Mergus to exit the building through one of the windows. Horacio, who sees climbing as below his rank, uses a fire shield to pass through the burning stairs. With all their precious belongings saved they watch the building burn until a group of mages approach to stop the fire from spreading, at which Point they leave as discreetely as possible.

They fetch their camels from the backyard of the burning inn where the fire has thankfully yet to spread and head off to a second inn to try to get some sleep. They have barely arrived before the city guard comes knocking and grudgingly they agree to be taken to see commander Natala.

Natala holds a short inquiry with the three, accompanied by a mage which makes them all nervous. Horacio is unable to lie about the fact that he himself is a mage and it is revealed that the fire was arson and that the innkeeper had been murdered prior to the fire starting. Natala quickly dismiss the three as suspects but suggests they might have been the real target for the fire. Having no reason to hold them she is about to let them go, but the mage in her company asks that they come with him to speak to the city's grandmaster to which they are forced to agree. Jamal and Mergus is left behind as they don't want to bring two greater undead into a house full of wizards.

The nightly walk takes them to the local wizard house and grandmaster Kabala Shor. Kabala seems to be well informed and knows who the three really are and that their presence here would constitute a breaking of the imperial decree they've been given to locate consul Seneca. However, before such sensitive issues are discussed Thriatos points out the hour is late and Kabala agrees that their conversation can continue in the next morning. 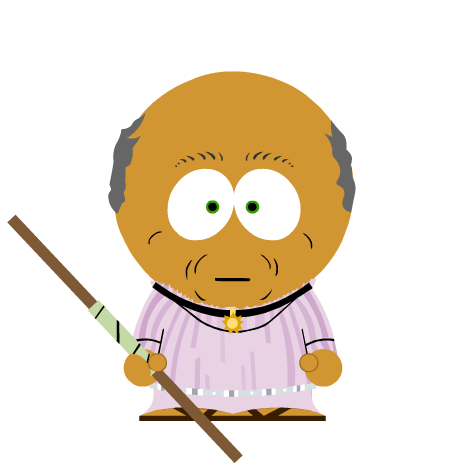 Posted by Niclas Ohlsson at 8:30 AM