Deep in the jungles of Khamlira, mages Charon and Thriatos accompanied by Jannis, Nohen and Amika, is short of ideas. Camping outside small native village the group is surprised by the arrival of one Miladir Daccam who claims to have a message of the seneschals. 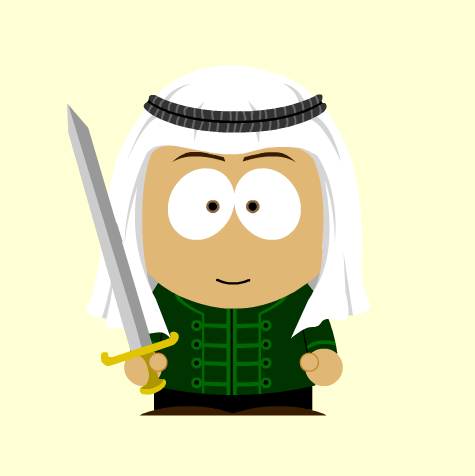 Miladir has to fight through a lot of suspicions and paranoia to be accepted for whom he is and he is eventually allowed to camp with the others for the night.

The following morning the mages go through their usual  hygiene rituals to the amusement of the locals. Meantime the other participants of the expedition started to get to know each other until everyone was finally ready to depart as the group had decided to travel to the temple and investigate. Two slaves where brought along to carry the luggage while Amika remained with the rest to guard the camp.

Despite good weather the march was heavy and the mages eventually called their veto as leaders of the expedition and forced the others to set up camp. Once done the mages focused on recouperating while the others scouted the area. The old walls of the temple was not far off and while no griffons where sighted they could hear them making noises somewhere in the distance.

Once the mages where back on their feet they all embarked for the temple in an attempt to make use of the last hours of daylight. The party was immediately attacked by two remaining griffons but using bows and magic they where quickly defeated and only one of them survived and fled towards the distant hills. The griffon encountered on Jannis' and Nohen's last expedition was however still present, but too weak to manage anything but a hateful stare as the group started to explore. Jannis decided to ease the suffering of the beast and killed it. Close by he found two griffon eggs which he and Nohen decided to keep. Thriatos and Charon had little patience for griffons and had already entered the main temple building. The large dome was well preserved and inside they found a pool of water, containing some kind of map-like structure. Placed upon the landmasses rising from the water where large spherical orbs, apparently in no comprehensive pattern. The slaves where ordered to venture inside the pool, to which they reluctantly agreed. After some bitter arguing they also retrieved some of the orbs for the mages to examine. While they appeared to be made out of a rare crystal they apparently contained no magical properties. The mages mistrusted this fact and decided to dispel the entire area to remove any protective effects. Not having a spell powerful enough to do so the pair started working on a new ritual and ordered the others to move the camp into the temple grounds as their research would take a few days.

Two days later food was running low, despite attempts at hunting from both Nohen, Jannis and Miladir. The dead griffon was decided not to be wasted and was included on the menu, providing awelcome if not very tasty, meal. At last the mages let know they where ready and made preparations for an 8 hour ritual. While initially fascinated the other members soon grew bored and when the spell was finally cast it produced no visible effects whatsoever. The two mages could however conclude that one of the orbs was indeed magic, which had been hidden, and had it retrieved. The artifact reminded Charon of a telecommunication device he had once read about, but they could not figure out how this would help them in their quest.

They spent a last night in the ruins and before heading back Jannis collected some of the crystals which he hoped to sell for a neat sum. Back in the village they discovered that Amika had left, taking with her all remaining supplies and the canoes. Miladir's canoe was however still there and Charon convinced the villagers to sell them a second one along with some food. The group managed to each Ausar without further delays and there they found that Amika had sold their old gear before heading off. Using their rank as agents of the Empire they managed to reclaim their gear at no cost. The journey then continued towards Meglorosa the following day - Charon and Thriatos to see the governor and Jannis and Nohen to sell the spoils collected from the Temple.
Posted by Niclas Ohlsson at 12:39 PM