In the city of Meglorosa the two mages and Jannis the Scout has a short meeting with provincial governor Celsa. Celsa points out that to use their authority anywhere in the province they'll need a warrant for doing so provided by herself. However, a certain matter of bureaucracy is also involved and it will take some time for a document to be produced. However, the governor has heard of an old temple which should exist somewhere in the wilder northern areas of the island, which could contain valuable information. 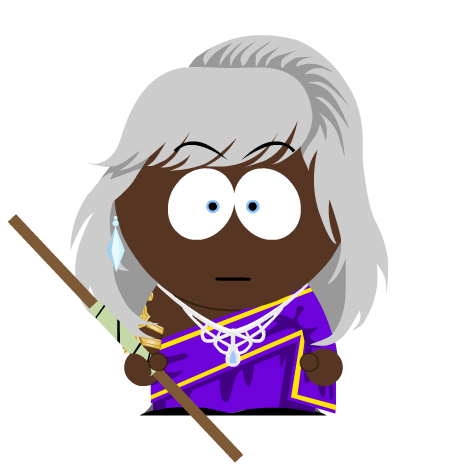 The three decides to follow the governor's clue and after a short battle against the Khamliran bureacracy they manage to at least get a pass for travelling inside the country. They are also accompanied by Nohen, an imperial huntsman, and Amika, a local slave trader who also brings some slaves as carriers and helpers.


The party travelled up the river Bursa in canoes which took the whole day, enduring horrible rainfall before reaching the town of Ausar. Here they saught shelter for the night and also stocked up on food and other necessities as they where going even deeper into the jungle. As they continued the following day the weather cleared and eventually they reached a small village of natives where they hoped to gain some information regarding the temple's location.

However, the natives proved not to be very cooperative and the party set up camp outside the village, still hoping to convince the villagers. Amika managed to get a clue after speaking to the village Children and Nohen and Jannis was sent to investigate.

After a long march through the dense jungle the two men managed to come upon an old cobble road which eventually led them to the temple, which where mostly ruins surrounded by a high stone wall with an open gate. Horrified they discovered the gate to be guarded by a griffon, which luckily for them both paid them no interest. Continuing alongside the wall they found a part of it had fallen apart and they entered. This time the griffon did take an interest and attacked them but they managed to fight it off and injured it. As they closed in for the kill they noticed two other griffons taking to the sky and they fled the place in panic.

They arrived exhausted in the camp after several hours and Nohen collapsed due to light injuries and fatigue. Jannis alone had to explain the encounter to the mages and they discussed whether or not to ask the villagers about what had happened, but decided not to do so, as something did not feel quite right.
Posted by Niclas Ohlsson at 3:38 PM