Prepping for LinCon (28/5-1/6 2014) a decent number of adventures have been produced and is intended to be test-played during the spring. Thought it might be a good idea to post a Little description for each. And also, if anyone has a suggestion of an adventure they would like to see at the con please contact me.

Parental rating values have been added in parenthesis after each scenario, following MPAA film ratings. 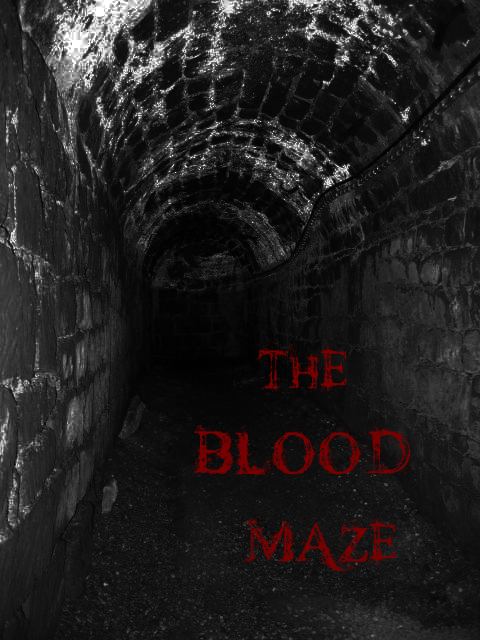 Age of Steel 4-5 players
In the northern parts of the land lays the country of Gwendellor, controlled by the order of assassins known as the Falcons. Life in the country is harsh for most people, but becoming a part of the order opens up new doors. It is not without its dangers, however, as not all survive the punishing training regime.

The characters are all Falcon recruits who have completed their training and await their final exam - the Blood Maze. The rules are simple: survive the maze and reach the other side and you will earn your rank as a full member of the order.

Age of Steel 3-4 players
In the lands known as the Empire dissent is brewing and after the Imperial fleet get bogged down in the distant province of Ossaria, the nobles of the province of Pantoria rebell. Praetor and Knight Commander Salinator is sent along with his legions to quell the uprising with the aid of his skilled Prefects Darius, Emanicus and Lauria.

Commanding 15'000 legionnaires they are expected to march on the city of Godara and assure its allegiance to the Empire and thus isolating the rebels. The enemies have numerical superiority but the legions are the prime fighting force of the continent. But nothing is ever simple in the Empire and beside their goal to beat back the Pantorians the commanders each have their own personal goals. Can they work together to ensure order in the Empire?

The players will take the roles as the commanders of the Imperial army.

In the city of Ilmond in Gothia, a nation described as the bastion of technology and progress, a group of strangers find themselves sharing a cabin upon the grand steamer Gerard's Pride, bound for the colony of West Gothia. The massive ship is carrying 1'000 passengers on a two week journey, but everything does not go as planned...

The characters are individuals of varying backgrounds, each with their own reason for making the journey. Some might become friends, others enemies. Regardless, sharing a small cabin will not be the only challenge they face!


What Dwells in the Mountains (R)

Age of Knowledge 4-5 players
In the city of Earlhall a group of adventurers has been assembled to find the lost city of Ugrod. Lead by the dwarf Tharil Bokhvar, who is searching for Ugrod as it is his ancestral home, the party is funded by nobleman Magnus Drake - who expects a substantial return on the money invested. But wherever Ugrod might be found it is certainly deep into the Umo Mountains and the journey will take the characters across lands inhabited by orcs, trolls and other monstrous creatures!

The characters are all adventurers, each with their own speciality. While the lure for gold is shared by all it remains to be seen if they come together as friends - or not... Welcome to the Night Squad of the Gothmor city arbitrators. Formed to clear away the worst city scums from central Town the squad is seen by most as a group of gun-totting action heroes. But doing a good job is not just about firing your gun - its about making the right decisions at the right time. And this night the whole city might just be watching...

The players take on the roles as arbitrators - or policemen - in the mega city of Gothmor. It is a Life better than for most of those living in the city, but while money is less of a problem the city's elite expect them to do their job well - which might not necessary conform with the law...


The Unusual Death of a Salesman (PG-13)

Age of Information 4-5 players
Albudos Manastravos, a gnome working for the Gothmor Security Alliance - GSA - has been killed in the elven city of Sildir. The Corporation quickly assembles a team to investigate - acting fast to avoid the meddling of local authorities. But working in the corporate sector is all about meddling and the team is soon faced with the question of not only who committed the murder but also if they really want to know...

The characters are all operatives or agents working for the Gothmor Security Alliance. While not all have worked together in the past their collective experience is expected to compensate for this.

The Fringe, borderland of the Union, is the last bastion of civilization before the untamed lands begin - although some argue that the Fringe is not so much civilized as merely inhabited. It is a place where people of all races go to escape their past and start over - but records are rarely deleted in the Union archives. But this time a man - going by the name of Wallace Wolf - is looking for his brother. He pays well, and rightly so, for his brother have likely ventured into the forest known locally as Dangerwood. It requires the right kind of people to get him back alive...

The players take on the roles as Fringe bounty hunters, hired on for a hefty sum of creds. While having someone to watch your back is a welcome thing in Dangerwood it would be nicer if that same person where not sharing the reward with you...
Posted by Niclas Ohlsson at 8:35 AM