Dead. They were all dead and there had been nothing that she could have done. She stumbled on, trying to make headway but the vegetation from the forest made formidable resistance. Katsume and Katashi had charged forward and they had died swiftly as their bold attacks had met swift counterattacks from the raging orcs. Kuma looked around, calling out for Tsume and Kiken to join her in her escape from the slaughter. She remembered back to the fighting again. Seeing her friends being butchered like cattle by the large, unwieldy but overwhelming force of the orcs. She had to get out of there, there had been nothing she could have changed and she would not have Tsume's and Kiken's lives lost on account of some southerner’s toy sword.

The forest was thick with bushes and fallen sticks. She ran. Ran away from the echoes of the battle, away from her dead friends and away from the mission. She called for her companions and listened for their answers. They were quick, if she could make the escape, so could they. But she had to know if they were back there. She turned to look and that was all it took. One extra glance away from the ground and she tripped. The forest floor came rushing towards her. The impact pressed what little air she had left in her lungs out and she was left lying there, gasping for air.

Kuma laid there gasping for air. Feeling the aching in here tired muscles, the pulsating pain from the neck wound and the sore hip where the axe had tried to bite in. She thought of here babies, Tsume and Kiken. She hoped they had found a way out of there. She thought of Katsume and Katashi and the rest of the pack. And before she stood up she spared one thought to the fallen comrades from the asiatsu commando. She was the only one left of them and she could not die. They had taken a job and it had just gotten a whole lot messier. 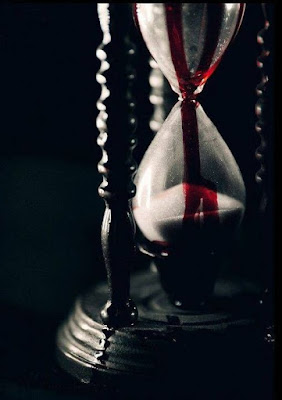 Posted by Niclas Ohlsson at 5:27 PM