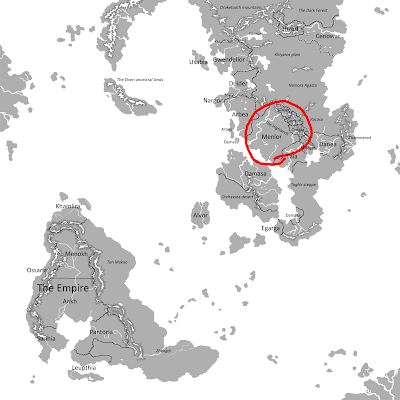 While Menlor is certainly at a disadvantage against its rival Damasa in the Age of Steel it is destined for greatness (or at least expansion and progress) in the Age of Knowledge, as it absorbs Arbea and becomes the nation of Gothia.
Posted by Niclas Ohlsson at 3:29 PM