Consul Seneca, the arguably most renowned of the four consuls, decided to act first. As all consuls, Seneca had been appointed two seneschals - mages of acknowledged skill and rank - both from the esteemed wizard house of Altieres from which he himself had progressed.

Meet Charon and Thriatos. Both are good friends and have watched each others' backs for years - which is good for your health in the competitive environment of the Empire's wizard houses. While all mages with more power than to warm a cup of cocoa was expected to be a little eccentric they where considered by some to be... overqualified... in this aspect. Thus their appointment to the rank of seneschals was somewhat surprising and rumors where that even the grandmaster of the house, Nero Habsparis had grown tired of the pair and decided that a political posting - away from the house - was just the right thing to do. 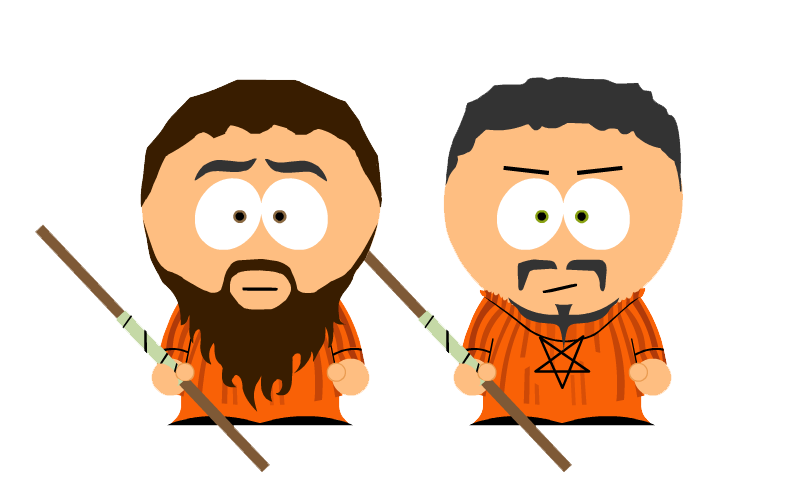 The two mages where summoned to the Council of Mages where Seneca had coaxed the other consuls into approving a quest for the artifact known as the Light of Halomyr. The Council's diviners had revealed a likely location to be the ruins of the city of Nemorana, located in the dreaded desert of Ten Makao to the east.
Posted by Niclas Ohlsson at 11:16 AM