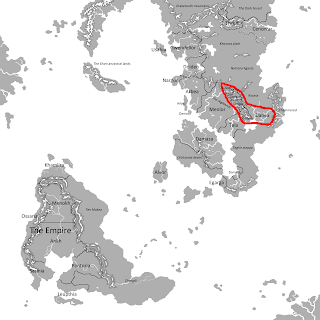 Explaining that change seemed a pretty easy challenge; given their strict social hierarchy it seemed plausible that new customs and traditions could have been created from overthrowing the original order - in this case through the failure (death) of the clan's leaders. This would push the clan further away from the other clans, speeding up the cultural transformation. We get a good foundation for adding depth and also for material to help develop a dwarven character's sense of self!
Posted by Niclas Ohlsson at 1:11 PM