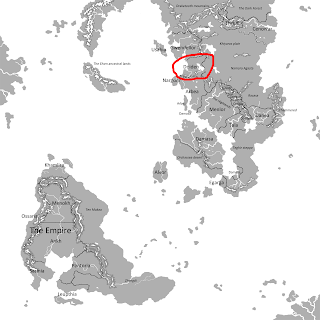 The emerging picture is of a nation where those in charge came to be, not because they were powerful warriors or land holders, but because they were the sort of people that could get others to work together. They rule with the support of the people below them and know they stand to loose if that support should dwindle. The idea of a benign though perhaps not very advanced or powerful country arises quite easily from this train of thought. And this is where Duiden stands - and as for now it is all it needs to be.
Posted by Niclas Ohlsson at 7:20 PM