A small update to the core rule book have now been uploaded to the site. 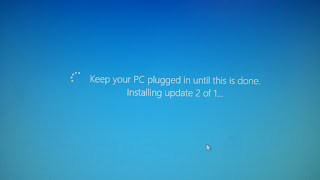 Actually you don't need your PC at all since its, you know, a book...﻿

Apart from some markup regarding headers, small fixes and so on there are 3 larger changes:

1) Traits have new effects! Trying to map the current traits to modern psychology* (check out http://www.16personalities.com/ for a reference) the following is now true:
Loyalty grants a bonus when Lending Aid but might also force a character to do so even when its not a good tactical decision.
Honor helps overcoming Fear but might also force a character to uphold his or her ideals in dangerous situations.
Empathy grants a bonus to Social skills when trying to help others while increasing difficulty when attempting to hinder others.
Aggression grants a bonus to Toughness and Willpower skills but increases a character's tendency to violence.
Greediness enhances a character's Perception based skills but can force the character to make dangerous choices in order to keep his or her personal items in difficult situations.
Faith also helps a character to overcome Fear (stacking with Honor) but will also force the character to adhere to the teachings of his or her faith, disregarding the consequences.

- As usual it is up to the GM to decide how much to rely on these new rules, which can be seen as an inspirational source.

2) Craftmanship, that is to say quality, of weapons and armor have been changed to make more of a difference. This in combination with a new durability system will make it more worthwhile to pay the extra silver/pounds/credits that a quality item requires.

3)  Rules concerning Drugs have been revised and altered to depend on TOU rather than WIL for addiction checks. WIL still comes into play when a character is trying to detoxify him or herself, but it is deemed more realistic that a character's physical resilience determine a drug's effects.

* The idea is that Loyalty corresponds to the Mind (Introvert/Extravert) trait; not trying to state that introverts are less loyal but merely that they work better with themselves in focus. Honor corresponds to the Tactics (Prospecting/Judging) trait, where a prospecting character is more tactically adaptive while the judging more prone to defend his or her position. Empathy quite nicely matches the Nature (Thinking/Feeling) trait; again not saying Thinking individuals are less empathic but merely that they resort to logical reasoning before bringing feelings into the picture. Aggression and Greediness are a bit tricky but are roughly tied to the Energy (Intuitive/Observant) trait, with high values corresponding to a more down-to-earth kind of perception which forces a character to take such things into account. The more flexible lower values leaves a character free to act as he or she feel is best. A rather far-fetched interpretation to be sure, but hopefully not extremly so. And lastly there is Faith which is matched with the Identity (Turbulent/Assertive) trait, where a high value forces a more predictable course of action and a low allows for more personal freedom.
Posted by Niclas Ohlsson at 1:44 PM