Back in Lao-Din Gamaral is preparing a teleportation spell to take Azela, Geb, Kael, Zantana, Valerian and Sikra to the castle under siege by Merga's forces. A moment later the surrounding have changed from the rather polished interior of the wizard house to a set of old and battered stone walls. Mages, accompanied by a number of servants, wander the walls and except for the closed portcullis the situation doesn't seem very threatening for the moment.

A guide which has accompanied them from Lao-Din show them inside the castle keep which appears to be in decent condition. While Valerian and Sikra are shown to their quarters and given time to rest the undead start learning their way around the castle. While the sun settles they later regroup to discuss tactics for the coming battle. As the castle is well warded from scrying Merga is assumed to have few options but to either assault the castle walls or teleport to the courtyard. Either way the group plan to face him as he tries to enter the keep. Besides the defending mages they distribute a number of barrels containing naphtha from the castle's supplies to be used against their enemies.

During the night Sikra experiences a strange dream and wakes up only to find a tall man standing next to her bed. The man introduces himself as Karachen and asks for her aid in returning to the castle, which he claims to be his. In return he offers to aid her in defeating the opponents now laying siege. Sikra is inquisitive, but more out of curiosity than suspicion, and manages to learn that the man can be returned with the aid of an artifact which is supposedly hidden somewhere within the castle. He also tells her of a locked room next to her quarters where the artifact must be used in order to summon him. While Sikra considers her options the man appears to fade away and awaking a second time she realize this too was part of the dream. Feeling rather rested she decides to investigare and head over to the castle library to try to learn more about the name 'Karachen'.

As most mages and servants are busy with the defenses the library is empty apart from one sleeping adept. Sikra ignores him and starts looking through the books, finding that many of them appears to be written by Karachen himself and given the contents he must have been quite the conjurer. Next to the sleeping adept she finds an inventory list over artifacts collected within the castle - one of the entries appears to match the item Karachen described in her dream. According to the list the artifact is now in the possession of archmage Zhovira who is managing the castle.

Unknown to Sikra as she searches the library a horde of zombies have begun assaulting the castle gate. The mages engage them with spells until Valerian appears, suggesting the naphtha to be a less tolling option. A moment later the gate bathes in flames as tall as five full-grown men and Valerian feels he has done his part in the defense so return inside for some breakfast. There he runs into Zantana who informs him that is parter has just wandered inside the archmage's quarters and is going through her things. As he goes to ask her about this Sikra has already found what she was looking for: an enchanted staff with strange runes and engravings. Accompanied by Valerian and Zantana she heads over to the locked room close to her quarters. Zantana agrees to open the lock but not without learning what's going on. As she isn't quite sure herself Sikra merely tells that she intends to call upon certain defenses hidden within the castle. Inside the room they find a summoning circle and after placing the staff in the center a circle of light appears. It blinds them temporarily and then subside to reveal a scarred and scrawny man. Sikra recognizes him from her dream and while he appears lost at first he quickly recovers and asks to be taken to his summoning chambers in the castle's left wing. They hurry over there but as they arrive Karachen declares he needs to be alone and not to be disturbed. Sikra agrees to keep guard while Valerian and Zantana head back to check on the battle. 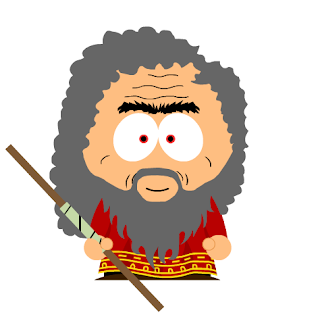 Climbing the stairs to the walls Valerian arrive just in time to help beat back another attack against the gate. However, just as the last of the attackers fall down Merga and a group of robed mages teleport into the courtyard and begin killing off the exhausted defenders. Seeing where the battle is going both Valerian and Zantana decides not to get involved and soon all resistance is ended. The attackers then turn towards the keep and marches in through the open doors. But here they are charged by Kael and Geb who, supported by Azela and Gamaral is determined to stand firm.

Unaware of the danger to the keep Sikra can't keep herself back and takes a peak into the summoning room. She is quite shocked at the huge demon the conjurer has summoned and quickly close the door. While she thinks about how to react Karachen suddently emerges - no demon in sight - and says that it is time to act.

Closing in on the undead attackers from behind, Valerian and Sikra spots the emerging Karachen and joins up with Sikra. The four marches straight into the battle of the keep. As the old, thin man walks straight into the battle without a care the combatants are momentarily confused and the battle stops. Merga looks dismissively at the newcomer and sends a necromantic spell his way - a spell that has no apparent effect what so ever. Karachen counters by ripping the head off of one of Merga's lackeys after which the two mages grab each other in a firm grip. Both seems locked in the struggle and the battle around them briefly resumes until Karachen literally tares his opponent apart. A moment later the invaders are all dead.

Apparently unharmed but fatigued Karachen offers them all to stay for the night but expresses his wish that they leave his castle the following day. Having just seen the man destroy their most powerful enemy with his bare hands they all agree to be on the safe side and leave immediately. Thus, before the day is at an end they find themselves back in the city of Sunn.
Posted by Niclas Ohlsson at 2:50 PM