"What separates a monster from a beast or a beast from an animal is not an obvious science and scholars have throughout the centuries attempted to find a way to categorize all living beings.

Beasts are generally considered to be mindless beings, devoid of emotion and impossible to reason with. Animals are recognized as being somewhat intelligent and capable of bonding with other living beings – both members of their own species and occasionally humans. Monsters are explained as the most dangerous of creatures – intelligent, yet estranged from humanity due to diet, habitat or magical properties.

Most humans do not hesitate to kill a dangerous beast, animal or monster if given the opportunity. They are all considered lesser beings and are also treated as such. " 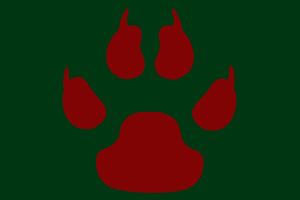 Time to release a third expansion module: the Monster Expansion! Find it on the downloads page.
Posted by Niclas Ohlsson at 2:54 PM